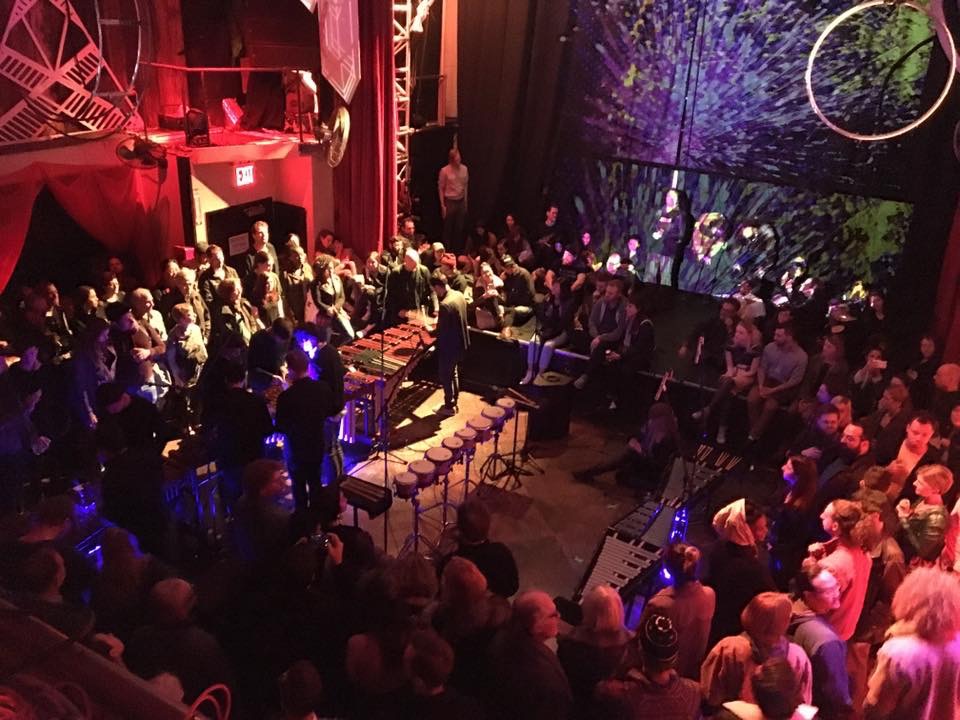 We hope you have been having a wonderful 2019! Spring is already fast approaching, and we have some exciting performances right around the corner.

First, we wanted to take this opportunity to share a video we made about our summer seminar at NYU. The NYU Sandbox Percussion Seminar will take place July 21-27 at NYU and we are thrilled to offer 3 scholarships. These scholarships cover full tuition and room and board for one high school student, one undergraduate and one grad student. The scholarship application is due March 1st, so click the link here to apply!

We’re headed on tour! This Sunday February 24th we will be joining Metropolis Ensemble and composer, Christopher Cerrone for a performance at Caveat in NYC. The show is at 5pm and we will be performing Cerrone’s Goldbeater’s Skin with mezzo-soprano Elspeth Davis, Andy Akiho’s new rendition of his Kung Fu concerto, Julia Wolfe’s Dark Full Ride and more. Get your tickets here!

The next day we fly out to Seattle for our first ever performance of Steve Reich’s Music for 18 Musicians with Emerald City Music – three performances actually, and they’re almost all sold out! So get those tickets quick. The same program will be happening down the road in Olympia, so you can grab those tickets here. Emerald City Music does incredible things out in Seattle, and we can’t wait to be back!

After that we head down to Los Angeles for the California premiere of Cerrone’s Goldbeater’s Skin. We’re giving two performances March 3rd and 4th at a percussion warehouse in LA’s Frogtown and Cal Poly Music Recital Hall in Pomona. Also featured on that program will be music by Andy Akiho, Julia Wolfe, Thomas Kotcheff and Victor Caccese.

Then back to the East Coast where we will be performing in Princeton, NJ on the Edward T. Cone Concert Series, curated by Pulitzer Prize-winning composer David Lang. The acclaimed film and theater actor Paul Lazar will deliver John Cage’s revolutionary lecture “Indeterminacy”, accompanied by our performance of Cage’s Third Construction. There are two shows March 8th and 9th, so we hope to see you there!

No sleep for the weary. After that we shoot on up to Wallingford, CT to finish recording our debut album. More on that soon!

As usual, keep a lookout on our website and social media for regular updates on events and performances. And maybe even keep an eye out on our YouTube channel for a new vlog dropping soon!