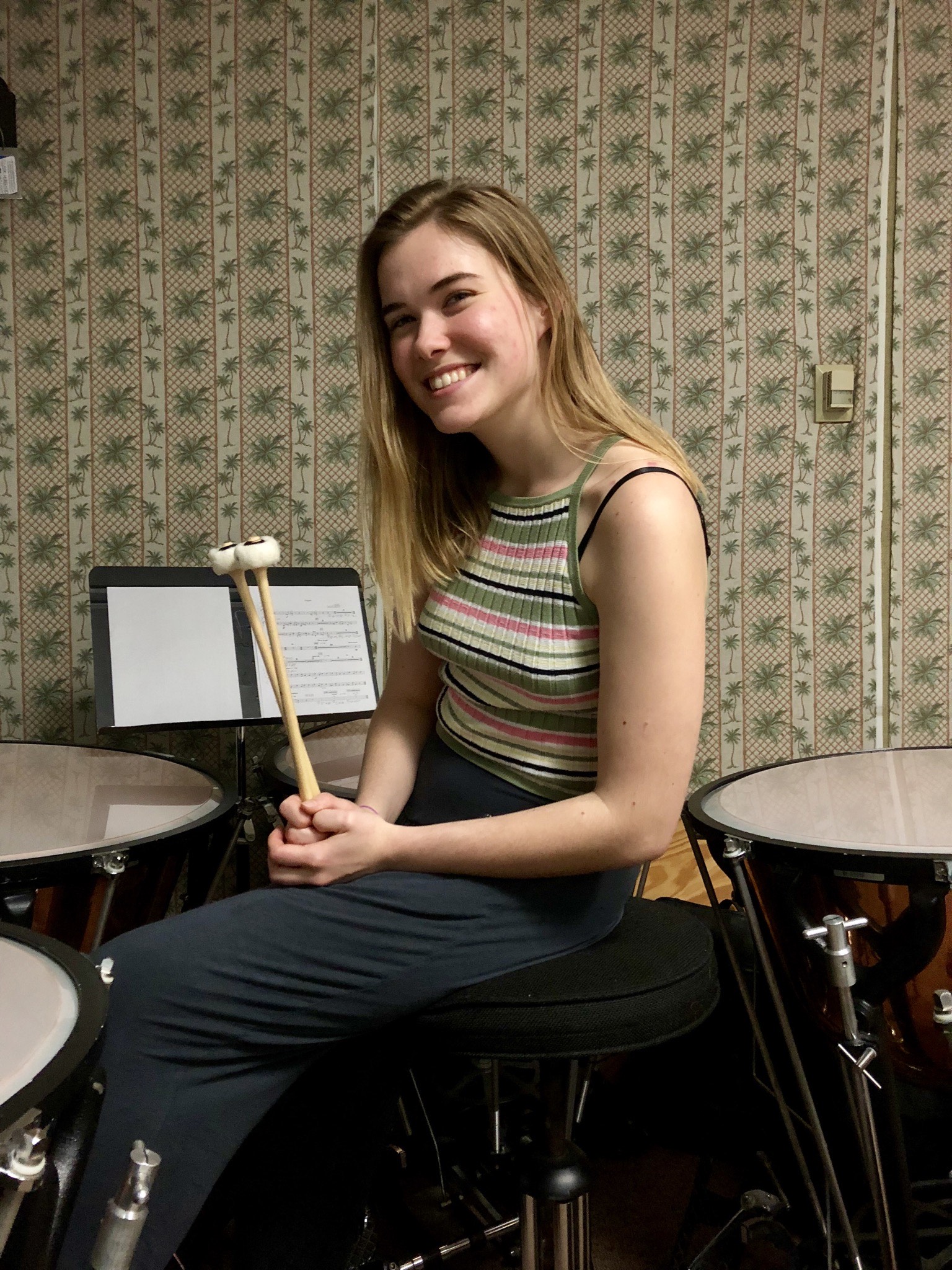 Originally from Lawrence, KS, Maddy is currently a masters student and teaching assistant at the University of Massachusetts Amherst studying under the direction of Ayano Kataoka. Maddy has had performances with the Vanderbilt Jazz Band, Eschaton New Music Ensemble, Chatterbird New Music Ensemble, and Roy Wooten’s New Village Orchestra. As a soloist, she has performed the second movement of Séjourné’s vibraphone concerto with the Southern Adventist Symphony Orchestra in Collegedale, TN. A big advocate for new music, Maddy and her colleague Sam Carullo put on a duo concert in fall of 2019 premiering five new works by composers from all over the country.  Internationally, Maddy has premiered music by Lila Meretzky with the marimba virtuouso, Ji Hye Jung, in Cortona, Italy for Cortona Sessions for New Music, and she has been a part of the Orquesta Colombo Americana de Vientos in Colombia, South America. She has attended summer festivals such as the So Percussion Summer Institute, Duff Timpani Masterclass, Zeltsman Marimba Seminar, Sandbox Percussion Seminar, and the Chosen Vale Percussion Seminar. Looking to further her growth and knowledge of chamber music, Maddy has been an intern for the Brooklyn-based percussion quartet Sandbox Percussion since August of 2019. Maddy received her Bachelor’s in percussion performance at Vanderbilt University studying under the direction of Ji Hye Jung and Lee Vinson. 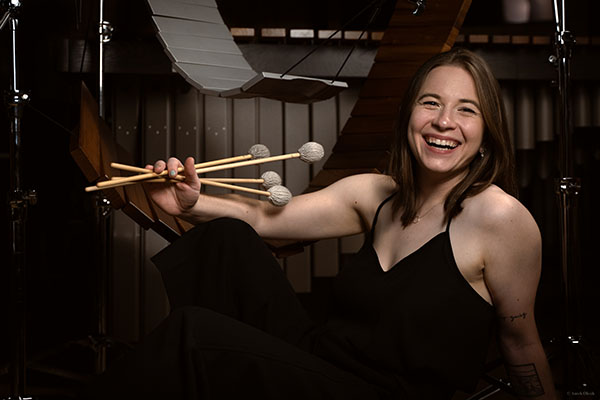 Praised for her “passion in every note” and “rich dynamic expression” (Artburst Miami), Katherine, a New York based percussionist, has devoted her life to the pursuit of percussion. Katherine has performed at Carnegie Hall, National Sawdust, Caramoor Center for Music and the Arts, Schonbrunn Palace, the Musikverein, Béla Bartók National Concert Hall, Wiener Konzerthaus, as well as other venues throughout Europe and North America.

Katherine received her bachelor of music degree from the Frost School of Music (University of Miami) and is currently pursuing her master’s degree at the Mannes School of Music (The New School) in New York where she studies with Ian Rosenbaum.